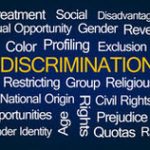 According to a recent article in CNET, Qualcomm just agreed to a $19.5 million settlement in a sex discrimination class action lawsuit involving around 3,300 women who are currently employed or were formerly employed by the tech company. The chipmaker company agreed to this large settlement, in addition to enacting new policies to limit… Read More »