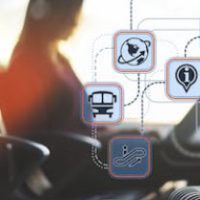 Florida is a major hub for international business and it is not uncommon for many U.S. citizen employees to be working outside of the country for a U.S. controlled employer. This includes employees working for foreign subsidiaries controlled by a U.S. Employer.

When Is a Foreign Subsidiary “Controlled by” a U.S. Employer?

It is also important to note that U.S. employment laws only extend to businesses that are classified as either a U.S. employer or an entity “controlled by a U.S. employer.” Obviously, an employer incorporated in the State of Florida would qualify as a U.S. employer. But it can be trickier to ascertain whether a foreign subsidiary or entity is actually “controlled by” a U.S.-based company. Under Title VII, for example, a court must look at four factors to determine control:

How Do Foreign Laws Affect the Rights of U.S. Workers?

Even when a U.S. citizen working abroad would be normally protected under domestic anti-discrimination laws, the employer may still be able to invoke what is known as the “foreign laws defense.” Briefly stated, this defense holds an employer is exempt from liability under Title VII, the ADEA, or the ADA if compliance would mean the company is in violation of the laws of the country where the employee is working. But the legal burden is on the employer to show that it would be impossible to comply with U.S. law without simultaneously violating the foreign law. And the mere fact a foreign country may have different employment “practices” that are not mandated by law is insufficient.

On the other hand, U.S. citizens working in a foreign country may be entitled to the protections of that nation’s labor laws in addition to the rights they enjoy under U.S. law. For example, many European Union countries actually provide stronger anti-discrimination protections in areas like age and pregnancy discrimination than U.S. states such as Florida. This is why it is important to consult with a qualified employment law attorney if you are an employee working for your U.S. company abroad.

[1] However, these laws do not generally protect non-U.S. citizens working abroad for a U.S. employer.