Know Your Rights While Protesting Police Brutality: A Message from Scott Law Team 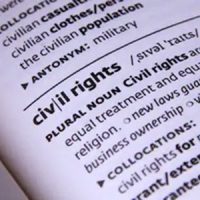 The May 25 killing of George P. Floyd, Jr., by a Minneapolis police officer has sparked worldwide civil rights protests. Black Lives Matter and other organizations have used Floyd’s death to highlight the lack of accountability for police officers who use excessive–and often deadly–force against members of the community they are sworn to serve. Unfortunately, these peaceful protests have spawned additional acts of police brutality and led some localities to impose curfews. On the flip side, many government officials have introduced measures designed to reform police practices and hold officers accountable for their actions.

Your Right to Protest

Many people who support the protesters may feel reluctant to join in because they are unsure of their actual legal rights. The right to protest is a basic constitutional right. But there are certain limits. As explained by the American Civil Liberties Union, the right to protest is strongest when exercised in “traditional public forums,” such as a public park or in front of a government building. Public protests normally do not require permits, provided they do not obstruct pedestrian or vehicle traffic.

At the same time, the First Amendment does not protect your right to protest on someone else’s private property. If you protest on private property without permission, the owner may ask the police to intervene. Similarly, while you have the right to protest, so do other people whose views may conflict with your own. The ACLU noted that police “treat protesters and counter-protesters equally.” This means that police may keep conflicting protest groups separate, but they should be allowed to remain “within sight and sound of one another.”

Your Right to Record the Police

It was the video of George Floyd’s death that helped to galvanize public attention and support for the cause of Black Rights Matter. And as we have seen over the past few weeks, recordings of other acts of police violence have proved critical in shaping the public’s understanding of the underlying structural problems with our legal system. To that end, it is important to understand that the First Amendment also affords you the right to photograph anything that occurs in plain view in a public space.

The police cannot seize your phone or camera without a warrant. Nor can an officer demand you delete an image or recording that documents police activities. However, you may be lawfully asked to stop any activities that interfere with legitimate law enforcement activities. You should also be aware that recording audio–as opposed to video–may run afoul Florida’s wiretapping laws.

In addition, recording without permission is a crime in the state of Florida unless it’s in public. Ultimately, it is important to understand that different states have rules about recording without consent, with some treating it as a criminal offense.

If You Are Stopped by the Police

Obviously, you should never attempt to physically attack or resist a police officer. It is always best to remain calm. But you should also not hesitate to assert your rights. If an officer stops you, ask if you are free to leave. If the officer says you are, then walk away without saying anything further.

If you are detained, then ask the officer on what charge. Remember, the fact you are participating in a protest or taking photographs in public are not crimes under Florida law. You also do not have to answer any police questions without first speaking to an attorney.

During these challenging times, the team at Scott Law Team, stands with you. If you need advice or counsel from an experienced civil rights attorney, contact us today to schedule a consultation.