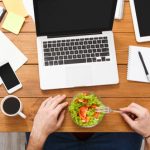 Do I Have to Give Employees Working in Florida Meal Breaks or Rest Breaks Under Florida Law?

When it comes to meal breaks and rest breaks in Florida, are employers required to give these to employees? In other words, is an employee entitled to a meal break and/or a rest break anytime they are at work? What are the limitations with regard to an employee’s rights to breaks? And does an… Read More »

Obesity as a Protected Trait in the Workplace

If your employer discriminates against you at work because of obesity, do you have the same recourse as an employee who is the victim of discrimination based on race, religion, or another protected trait? Or, if obesity cannot be considered a protected trait, can it be classified as a disability under the Americans with… Read More »

Learning More About Harassment in the Workplace

Two Types of Harassment in Your Place of Employment When we hear that someone is filing a workplace harassment lawsuit, what do they mean? And are there different forms of workplace harassment, or is it defined in a more limited way? According to a fact sheet from the U.S. Department of Labor, there are… Read More »

Many employees who are nearing retirement age have concerns about age discrimination at their places of employment. How can you be certain if you have been discriminated against because of age? And are there any steps you can take to prevent age discrimination from happening in the first place? According to a recent article… Read More »