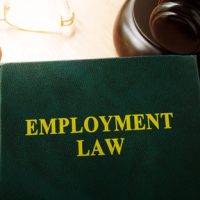 Move over, Dora the Explorer. You’ve finally done it! You’re a U.S. Citizen who got the job offer to work abroad. Before you start packing your bags for the big move, take a minute to consider what laws may apply (and protect) you as a U.S. Citizen working abroad.

What Laws May Protect Me Outside the U.S.?

Let’s take the hypothetical case of Mary, who is a U.S. citizen hired by Florida-based Sprockets International, a multinational employer with offices around the world. Sprockets sends Mary to London for a year to help establish their new office in the United Kingdom. During this time, do U.S. labor laws still protect Mary?

In addition to the U.S. laws, American employees working overseas may be entitled to additional protections under the laws of their host countries. For instance, Mary may be entitled to certain employment rights under United Kingdom and (at least until 2019) European Union laws. Obviously, you should need to speak with an attorney who is knowledgeable in a given country’s laws for more precise guidance on this subject.

But What if You’re Not Working Abroad for an “American Employer”?

In our above hypothetical, Mary is working for a business incorporated in the United States with its principal office in Miami. But in other situations, it may not be immediately obvious the employer or the employee whether U.S. law applies. For example, what about an employer that is incorporated in Canada but simply maintains a small business office in Miami? Or what if the company has no permanent office in the United States but simply hires Americans to work for them abroad?

Unless the employee has an Employment Agreement or other contract providing that U.S. law applies to their employment, then typically U.S. law only applies to “American employers,” which can be determined by considering the following factors:

Ultimately, sorting out whether or not you actually work for an American employer and rights protecting your employment requires a hard look at the unique circumstances of your employment. If you have questions or need advice in this area, contact a qualified employment law attorney today.